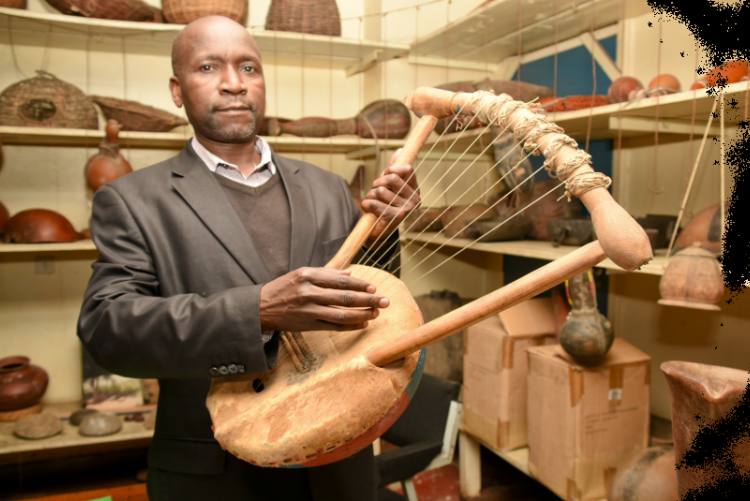 Material culture is the aspect of social reality grounded in the objects and architecture that surround people. It includes the usage, consumption, creation, and trade of objects as well as the behaviors, norms, and rituals that the objects create or take part in. Some scholars also include other intangible phenomena that include sound, smell and events,[1] while some even consider language and media as part of it.[2][3] The term is most commonly used in archaeological and anthropological studies, to define material or artifacts as they are understood in relation to specific cultural and historic contexts, communities, and belief systems. Material cultural can be described as any object that humans use to survive, define social relationships, represent facets of identity, or benefit peoples' state of mind, social, or economic standing.

© University of Nairobi 2019.  All rights Reserved.